the news coming out of Connecticut today is unreal. it doesn't make sense. it's unfathomable.

a gunman walked into an elementary school today and opened fire killing the principal, some staff members and 18 children. an entire kindergarten class.

has this entire world gone crazy? have we fallen so far away from the core values of right and wrong that nothing...absolutely nothing...is beyond the imagination of what someone will justify doing to make themselves heard?

it's bad enough when the news reports adults killing adults. but children? who kills children? who just goes in a class and shoots 5 and 6 year olds? who is so caught up in their anger that they don't see those little bodies? those young lives? those innocent babies?

i want to throw up. i'm sick to my stomach. it's like my mind can't process the evil and my body wants to spit it out.

the futures that some will never have.

the news just reported that the alleged gunman was 20 years old. 20. still almost a baby himself. and yet he was angry enough to walk into a school and take the lives of almost 30 people. it is believed that he killed his father first at home before he went to the school.

they're reporting now that the Kindergarten teacher that he killed may be his mother.

this is a terrible day.

and it just seems to be getting worse.

because now they're saying it may be 20 children dead. and that the shooter's brother may be involved too.

it's almost 3pm here. the school bell's about to ring. our children here in North Carolina will be walking out the door and going home. but at an elementary school in Connecticut -almost 30 teachers, staff and children- won't be walking out their front door ever again.


evil has made sure of that.

evil has surely made sure of that today.

dear Lord, i know this nation has turned its back on you. that families have turned their back on you. i pray Lord, that it's not too late to find our way back to you again. may your peace that transcends all understanding be ever present in the lives of the families of this tragedy in Connecticut today Lord. may you hold them in the palm of Your Hand while this storm is raging and may what satan meant for evil be turned and used for your glory. in Jesus' Name i pray. 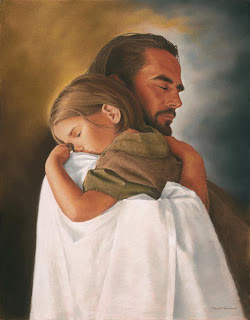