How to make a Prayer Battle Plan with God


for the last few years, i've created Prayer Battle Plans for situations in my life.

things i was in the middle of and things that were to come.

our oldest son going off to college, our youngest son starting high school, a friend's daughter with a mystery illness, sudden financial pressures. you name it and i made a battle plan for it.

these battle plans have changed my faith life.

and i'm praying they change yours too.

i've always been someone who prays daily, but it started to feel like my prayers weren't focused. that they were all over the place. it felt like i was taking my prayers, throwing them up in the air and hoping they'd stick.

praying had become a habit, and like most habits i did it without even thinking about it.

and God had become to me, who He has become to a lot of people.

a genie in a bottle.

i rubbed the side when i had a wish...and expected it to come true.

and i was disappointed when He didn't do what i asked Him to do.

if anyone needed to change their prayer life, it was me.

i've written letters to God in prayer journals over the years. but i would write them and forget them. i've occasionally gone back and re-read a past entry but most of them were written and never looked at again. i have BOXES of prayer journals THAT HAVE NEVER BEEN LOOKED AT AGAIN. that's embarrassing to admit. God very well may have answered my prayers but i wouldn't know it. i never went back to acknowledge it. i never said thank you. i never saw if He did something better. i never looked for a bigger message.

i never looked for a greater miracle.

that's so awful it makes me cringe.

"hey God, it's me. if you could just keep filling my requests that would be great. i'm not going to bother to keep up with it. or thank you for it. but i'll be expecting you to figure it out. sound good? you're the best."

Psalm 102:17-18 says "He will respond to the prayer of the destitute; He will not despise their plea. Let this be written for a future generation, that a people not yet created may praise the Lord."

God gently reminded my prayers weren't meant just for me. because the world wasn't just about me. they're meant to offer hope and inspire faith to a future generation.

and nothing inspires people more than to see the outcome.

everyone wants to know how the story ends.

and i have boxes of books that don't tell anyone about the ending.

in my desire to change my prayer life, God kept bringing this scripture to mind. "Then the Lord replied; "Write down the revelation and it plain on tablets so that a herald may run with it. For the revelation awaits an appointed time; it speaks of the end and will not prove false. Though it linger, wait for it; it will certainly come and will not delay." Habakkuk 2:2-3 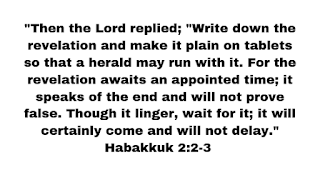 "write down the revelation and make it plain. though it linger, wait for it. it will certainly come."

so much direction. so much promise in that statement.

that was the start of my first battle plan. and that's what the Prayer Battle Plans became. writing down a plea before God. looking in His Word and finding what He says. believing what He says He will do, HE WILL DO. acknowledging what He's already done.

and not just praying it once. but praying THROUGH. all the way. waiting for it. as long as it takes.

these battle plans give me hope. tangible hope. a hope so real that i can feel it. a hope that makes me want to shout. a hope that i want to tell others about.

that's another promise this expectant heart clings to. it's not my battle, it's God's.

grab it. cling to it. believe it.

and by all means, write it down, so that the next generation may find it too.

and give praise to a God that keeps His Word now and forevermore. 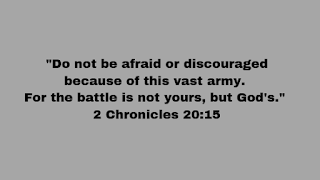 If you want to make your own battle plan, click on the link below to print out a template I made to get you started. Once you see the basic premise you can make your own. As you can see from the picture below, I've made mine on whatever paper I had at hand. And while they're all different, they all follow the basic format that has developed over the years. 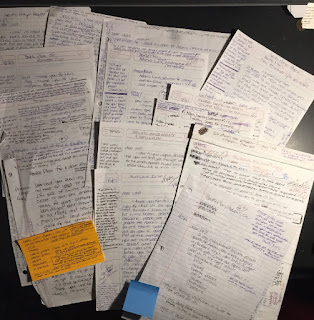 Here's a glimpse of what I do:

1) I name the battle. Naming it forces me to focus on what I am asking God to do. For example one of the battle plans I have for my oldest son going off to college is "Adam is surrounded by Godly influences and keeps God first in his life." I could have written "Adam has a good college experience and goes to Church" but that wasn't/isn't my goal. My prayer is that he is SURROUNDED by people who love the Lord and make Him their priority and that He keeps God his priority too. When you're naming your battle, think of what you're asking God to do. Be specific.

2) I write my prayer. I always include thanking God for what He's already done, telling Him what I'm concerned about, acknowledging any of my sins that may have added to the concern, and bringing to mind His promises. Writing things down makes them feel more real somehow. When things are written down situations become clearer. And when you write down your prayers it becomes easier to see what you're praying for and asking God to do in your life. There's no right or wrong way for you to write down this prayer. It's YOUR conversation with God. This is another place to be specific in your request. For the battle plan example about college, I ask God in my prayer to surround Adam specifically with Godly roommates, teammates, classmates, friends, coaches, teachers, administrators and influences. He's still in college so this is an ongoing prayer and I add to it as God brings people/situations to mind. Over the last 3 years I've prayed for the people in his dorm, apartment, fraternity, races/hotel rooms (when he traveled as a runner), and job. Sometimes this has led to creating a whole new battle plan for an area of concern. I continue to pray, thanking God along the way, and believing that He will continue to show up strongly on Adam's behalf.


3) I find scripture promises that relate to my battle. I look in the Bible, I might find them in Christian books or magazines. I might hear it on a Christian show or song. I even do an internet search. And I write down the scriptures that speak to me. The ones I know apply to my concern the most. It gives me peace to find promises in scripture to go along with what I am praying for each day. I pick one and put it at the top of my plan. That's the one I keep my eye on and if I only have a few minutes to pray I can pray that scripture and remind myself that God's Word is true. I continue to add scripture as the battle goes along, always searching the Bible. There's no better way to fill myself up with faith then to see what God has promised.

4) I pray the Battle Plan daily. I try to do this in the morning so it stays in my mind all day. Some days I write down any additional scriptures I've found and add any updates to how the situation is going. It's an ongoing conversation. That's the important part. That it's a conversation between God and I. He talks. I talk. He listens. I listen. And I continuously ask Him for wisdom to see the situation how He needs me to see it and to change what He needs me to change. Praying the battle plan daily helps me to see where God is working, not just in my life, but in my heart.

5) If a battle is over, I keep praying it for a few days afterwards. I read back over it and see what God has done. I write down my final updates so I can go back and remember how God showed up on my behalf. And I thank Him for it all. Even when it didn't turn out how I may have asked in the beginning. I keep these old battle plans in a folder and when I'm facing a new battle that seems overwhelming, I go back and read through them and fill myself up with hope. That's the thing about these battle plans, they fill me up with hope. They help me to see clearly what God has done and builds up my faith for the next battle.

I stand in awe of God. He keeps His Word.

If you have an area of your life where you want to see God show up, I encourage you to make a battle plan. Pray and believe that God will show up. That He will keep His Word. That He will do what He says He will do.

If you have any questions, feel free to contact me.


Posted by colleen laquay urbaniuk at 8:13 AM